The weekend of my ultimate farewell… Up The Creek music festival of 2014. Some might say I jumped the gun, cause I started planning this almost straight after the same event of 2013. The fact is I loved it soooooo much the first time around (sadly 2013 was my first, even though the event has been around for more than 10 years!) that I just knew it would be the perfect send-off. Not just because I’m such an amazing person and everyone loves me dearly… haha!… but also because I knew everyone would have the best time ever!

Now to just give you a bit of background. It’s a weekend event starting on Thursday already. Multiple stages with loads of live music – something to cater for everyone’s taste – but the main attraction is the river stage on Saturday. Yes, you heard right! The event gets hosted at a camp site near Swellendam next to the Breede river. On Saturday, party goers bring anything that float and spend the entire day on the river listening to good music and having a jol! Too much of fun!!

The reason why I’m so in love with this event, besides obviously the river, is the amazing people you’ll meet. Ranging from grandpa rockers to toddler air-guitarists, it’s fun for the whole family. There are no airs and graces. No prima donnas. Everyone’s there to enjoy the weekend in beautiful nature and be at peace with their fellow tent dweller. The organizers control the number of attendees, so it’s a relatively small festival with I reckon roughly 4000 people. You could lose your friends, make new ones, bump into old ones and keep repeating the process all weekend!

And boy, did I feel loved! So many people I know were there for the weekend. Some that I didn’t even bump into, but knew were there via the grapevine. Half of us had been to UTC before and the other half were virgins, but they all agreed that it’s got to become a yearly institution. Tickets usually sell out pretty fast towards the end and I usually buy mine between October and November of the previous year to avoid disappointment.

Besides the river, rocking tunes and awesome people, there are loads of food stalls selling the most delectable fair. Greenpop keeps everyone on their tree toes, plus generally everyone is just aware of the pristine nature that they’re in and keep cleaning up after themselves. If you’re not someone who likes to hassle with putting up a tent or better yet, don’t even own a tent, then the Heartbreak Motel is the right place for you. I fall into this category! I rocked up with my backpack for the weekend and a tent with comfortable bedding was waiting for me. Us Heartbreak Motel’ers even had our own chill area, ablutions, swimming pool and bar. Plus they tossed in a fry-up brekkie every morning! Se-ri-aas glamping guaranteed!!

I feel superbly blessed to have had such an amazing weekend with most of the people I love, to bid farewell to my time in Cape Town. There were loads of laughs. Some tears, because saying goodbye is never easy. At least it’s not goodbye forever and who knows, it seems I have a yearly institution to attend. Can everyone say: Reunion trip!

the original miley and moi

miles, lesley and I chilling 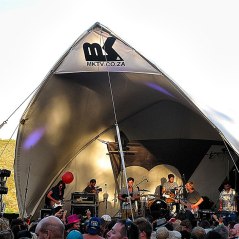 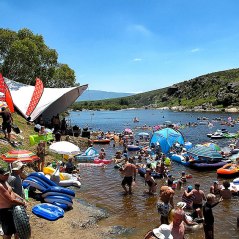 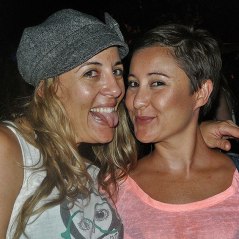 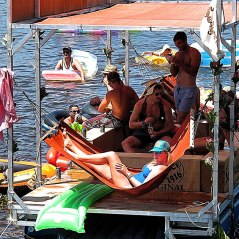 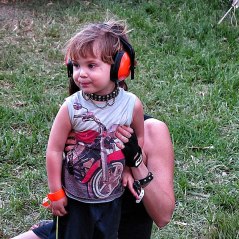 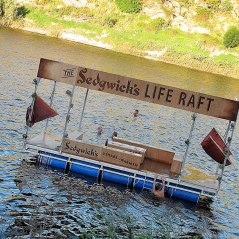 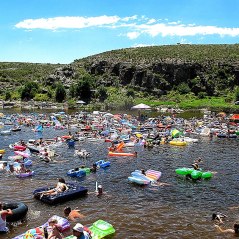